The origins of Booth & Fisher can be traced back to 1919, when Joseph Booth, who worked at West Kiveton Colliery offices, purchased a second-hand Langham lorry with which to operate a miners’ home coal delivery service. As the business expanded, other vehicles were added, including a Dennis and a W&G vehicle, and his brother, Fred, was trained as a driver.

In 1921 a Daimler charabanc with interchangeable body was purchased, followed shortly afterwards by another interchangeable-bodied 14-seat Guy. By this time, as well as coal, the brothers were also carrying miners and the fleet was strengthened by the acquisition of further vehicles, including two more W&G’s.

In 1925 Joseph Booth started a short-lived service to Worksop, although the year is most notable as being the year in which Donald Fisher was first employed as a motor mechanic, maintaining the company’s fleet. Just over 15 years later his name was also being carried on the side of the vehicles.

Although the original service to Worksop had been abandoned after a short while, in 1927 another service was introduced. This ran from Killamarsh, where Joseph Booth had his depot, to Worksop via Wales Bar, Wales, Kiveton Park and Hartshill. A small Morris Commercial bus (WB8295) was purchased to operate this service, which proved very successful and led Joseph Booth to plan for expansion. On 1st July 1929 he introduced a service connecting Killamarsh to Sheffield, initially via Upperthorpe, but later direct via Mansfield Road.

Further vehicles were purchased to operate the new service. Booth turned to Garner of Birmingham, then one of the leading motorbus manufacturers, to supply the vehicles. By this time he was operating a Garner agency. Between 1928 and 1931 several Garner vehicles joined the fleet, although their seating capacity was small, around 20.

In 1933 the first large capacity vehicle was purchased, a Reeve and Kenning C32F-bodied Dennis Lancet. For the next few years, however, apart from an Albion Victor purchased new in 1936 by Donald Fisher, much of the fleet was made up of second-hand vehicles. Fisher had been set up in business by Joseph Booth and was now trading out of a garage in Sheffield Road, Killamarsh, although the two were never in competition. During this decade, Hillaby of Halfway was taken over, along with a number of contract journeys. In 1937 the first of a number of Bedford vehicles was purchased and this type became popular with the company over the next few years.

By the middle of the 1940’s the company was trading as Booth and Fisher, although it was not until 1966 that it became a limited company. Three more operators were acquired in the late 1940’s, Barker of Eckington, Fearneough of Mosborough, and Plant, also of Mosborough.

In 1948, the original bus garage was vacated and the fleet moved to Holbrook Colliery pit yard, a site that had ample workshop facilities, the move being completed by 1949. 15 Bedford OB’s were delivered this year with C29F-bodywork by Barnaby (3), Allsop (6) and Woodhall-Nicholson (6), some of which lasted well into the 1960’s. These buses were allocated fleet numbers 10-24, but the practice was not continued.

The Worksop service was extended in 1950 to serve Beighton, travelling via a one-way loop in the village. About the same time a new service was introduced from Kiveton Park to Worksop, via Kiveton Park Station. A few years later, in 1954, this was extended to Wales, with some journeys serving Upperthorpe and High Moor, and some through journeys to Killamarsh for operational purposes. A rarity among independent operators at this time was the introduction of two large capacity AEC Monocoaches (WRA11-12), although the proliferation of works and colliery service contracts, many of which had been inherited from the firms taken over in the 1930’s and 1940’s, meant that smaller vehicles were needed. As a consequence a number of second-hand Bedford’s, including many OB’s were purchased.

In 1958 journeys on the Sheffield service were diverted to Dronfield Marsh Avenue at Coal Aston and an additional daytime, Mondays to Saturdays, service between Sheffield and Dronfield was introduced.

A new, more spacious and better-equipped garage was opened at Halfway in 1962. This was the year that the Sheffield to Dronfield service was diverted to serve the Holmesdale Estate and further extended in 1963 to operate in a one-way loop, with all through journeys on the Sheffield to Killamarsh route now serving the estate.

By 1967 the Company was operating the following daily services:

Joseph Booth died in January 1972 at the age of 82, a great loss to the company, which he had founded, however expansion continued. In May 1973 a new service was introduced in Dronfield itself, running from the Coal Aston terminus to serve the new housing estates then being built in the Gosforth Valley. Despite receiving a council subsidy, the route was never well patronised and was withdrawn in June 1975, just two months before it was announced, in August 1975, that Booth & Fisher was to be taken over by South Yorkshire PTE.

Throughout the history of the company the livery employed was red in various shades, usually with a cream or ivory relief, although some of the early buses were known to have been green. Double-deckers (apart from an early Daimler) were never used and, although one-man operation was introduced on lightly trafficked routes, crew operation was continued up until the sale.

Further information has been sent to me by Pauline High (nee Fisher, the daughter of Donald Fisher, partner in Booth and Fisher Ltd), who has lived in California since 1964 and recently came across this brief history. She has provided me with a little extra information about Donald Fisher (her father) and writes….

“He was in business for himself from the early 1920’s under the name Donald Fisher & Co., Automotive Engineers and went into partnership with Joseph Booth in the mid-1930’s. (I don’t know the exact year). My father worked on and supervised the mechanical upkeep and repair of the buses. It was thanks to his efforts that the buses kept on going through hail, rain, ice or snow. He took on many other essential parts of the general management of the company as it grew. For instance, he was involved in the writing of business contracts and in defending the bus routes from encroachment by other firms. Quite often he had to do this through a court of law.

My father gave many years of his life to Booth & Fisher, Ltd. until he died in January, 1975, at the age of almost 75. He was a well trained mechanical engineer who obtained a diploma in mechanical engineering from Sheffield Technical College in about 1916. He flew as a flight mechanic with the Royal Naval Air Service in the First World War and like a lot of young men of that era, he was enthusiastic about aeroplanes and automobiles.”

A photograph collection of Booth and Fisher’s buses. 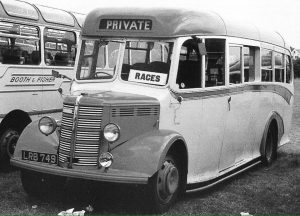 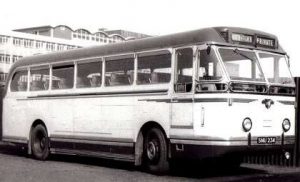 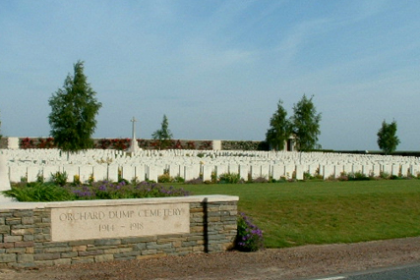 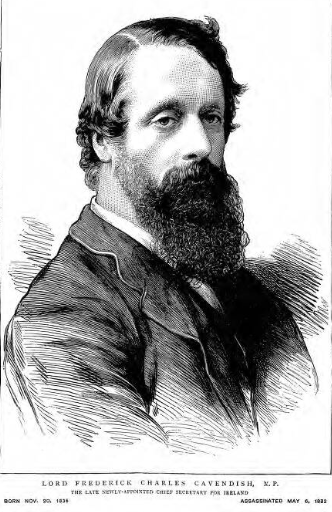 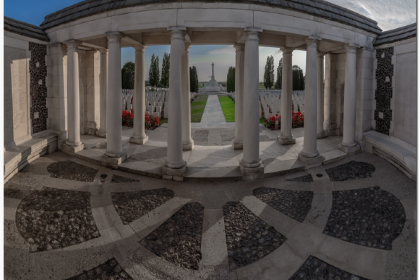